Being an engineer, I work with equations a lot. Word’s built-in tooling for handling equations has improved dramatically over the last few versions of Office, culminating in the current edition of the Equation Tools:

One of the nicest things about this feature is that they’ve implemented a subset of LaTeX typesetting commands, albeit in a modified way to make them work more naturally with Word as a WYSIWYG application. Some examples are shown below–a single arrow indicates progression of typing; a double arrow indicates a space bar press: 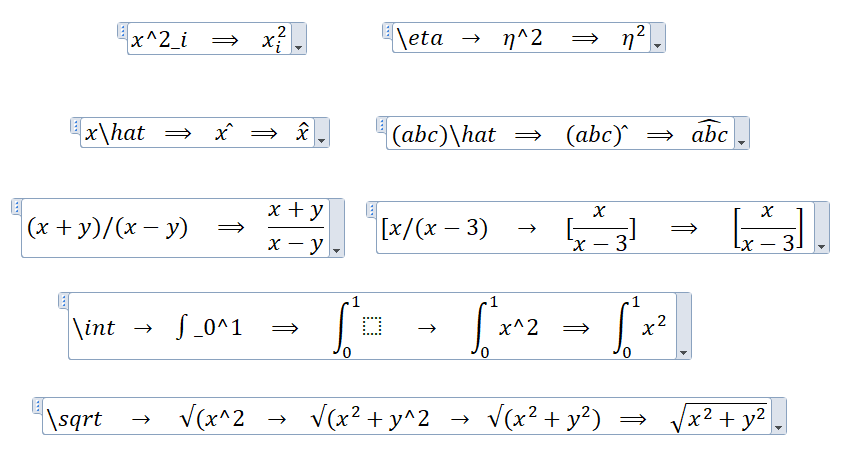 In any event, for a long time I was using an old-style key sequence (Word 2003 and earlier, IIRC) to insert one of these Equation objects: Alt-N-E-I (the hyphens here indicate to press each key sequentially, rather than holding each key until the end of the sequence). To streamline things, I defined the custom shortcut Ctrl+Alt+Q to provide an alternative, yet-faster way to insert one.